Institute of Biomedical Research and InnovationDepartment of Immunology

was published in Science Immunology.

Dysregulation of the immune system causes a wide variety of diseases. The purpose of our research is to develop a novel therapeutic approach to inflammatory diseases by controlling the activity of immune cells to appropriate levels. The immune system has regulatory mechanisms that reduce the intensity of the immune response. These endogenous immunosuppressive mechanisms are potential targets of therapeutic intervention, and pharmacological stimulators of these mechanisms will suppress the excessive immune response and improve the symptoms of various inflammatory diseases. Also, in the treatment of inflammatory diseases, early detection of signs of onset or recurrence will be a diagnostic value. Therefore, we are investigating diagnostic markers that indicate inflammatory changes at an early stage. 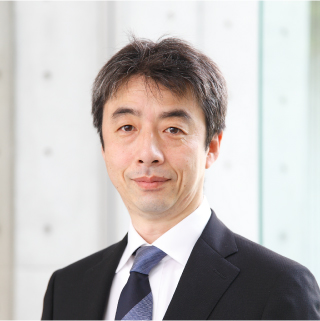 The immune system in our body has a variety of activating and inhibitory mechanisms, and the type and intensity of immune response is controlled by these mechanisms. However, the regulation is often imperfect, and insufficient immune response may increase the risk of pathogens outgrowth, such as bacteria, viruses, and cancer cells. Conversely, overactive immune cells may cause numerous inflammatory diseases, including allergic and autoimmune diseases.
PD-1 is one of the most critical immunoregulatory mechanisms that suppress unnecessary inflammatory response as demonstrated in PD-1-deficient mice which spontaneously develop various inflammatory diseases. Normally, most immune cells do not express PD-1, but activated immune cells increase PD-1 expression. This activation-dependent expression suggests that PD-1 functions as a physiological feedback mechanism suppressing ongoing inflammatory responses. In fact, cancerous tissues utilize such endogenous immunoregulatory mechanisms to evade anti-tumor immune responses, and pharmacological blockers of the immunosuppressive mechanisms such as anti-PD-1 antibodies have established themselves as a new cancer treatment method.
Contrary to the treatment of cancer, active utilization of the immunosuppressive mechanisms will be promising for the treatment of inflammatory diseases. We are developing antibodies that induce the immunosuppressive activity of PD-1. While anti-PD-1 antibodies used in cancer therapy block the activity of PD-1, our agonist antibodies will stimulate PD-1 for intracellular signaling. To discover such useful antibodies, we established a screening system for biologically functional anti-PD-1 antibodies. As a result of screening of anti-human PD-1 monoclonal antibodies, we identified a number of antibodies that can stimulate immunosuppressive activities along with blocking antibodies. These agonistic antibodies were confirmed to suppress human T cells.
Next, we examined whether this anti-PD-1 agonist antibody would suppress inflammatory diseases using human PD-1-knock-in mice, and the results demonstrated its anti-inflammatory effect in different models. The effectiveness of PD-1 agonist antibodies to T cell-dependent inflammation is consistent with the fact that activated T cells predominate cells expressing PD-1 at high levels. From this mode of action, PD-1 agonistic antibodies may be effective in diseases such as psoriasis, allergic diseases, and autoimmune diseases including rheumatoid arthritis. In the future, we plan to proceed with the development of the PD-1 agonist antibodies as a therapeutic drug.
Thus, T cells are frequently involved in inflammatory diseases, and T cell responses to specific antigens may be the direct cause of the disease. For example, in viral infections, T cell responses to viral antigens are important for the disease outcome. Furthermore, T cells also play a central role in inflammatory adverse events related to cancer immunotherapy. Since the susceptibility and resistance to these diseases are considered to correlate with T cell activities in individuals, a reasonable projection of T cell status may be valuable in diagnosis and treatment of diseases. We have found a new method that can detect antigen-specific T cells in the peripheral blood, and are evaluating the value of this method as a diagnostic marker for the signs of overactive immune response.