Institute of Biomedical Research and InnovationDepartment of Regenerative Medicine Research

Stroke and dementia are the leading and second cause of bedridden patients, respectively. Currently, there are no effective treatments to cure these diseases. We have shown that (1) intra-venous injection of stem cells for stroke improves functional recovery through activation of neurogenesis at peri-infarct area, (2) injection of stem cells for dementia improves neuronal function through activation of neurogenesis at hippocampus, and (3) the fundamental mechanism of action of stem cell therapies, including hematopoietic and mesenchymal stem cell therapies, is direct cell-cell interaction via gap junctions (Fig. 1). Based on these findings, we are currently conducting research to establish optimized stem cell therapy for stroke and dementia. 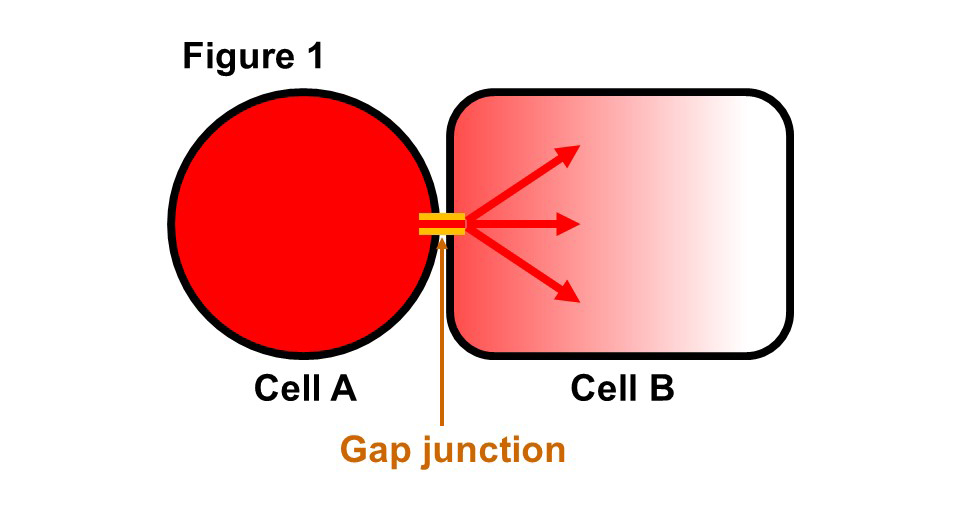 Fig. 1 Schematic diagram of gap junction
Gap junction is an intercellular tunnel that connect cytosols of contacting cells. Small molecules and ions with molecular weights of less than 1500 can pass freely into the cytoplasm of neighboring cells according to a concentration gradient thought gap junction. 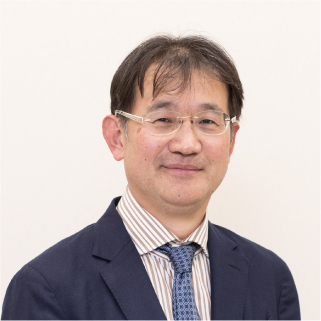 (1) Establishment of optimized stem cell therapy for stroke
Our Achievements 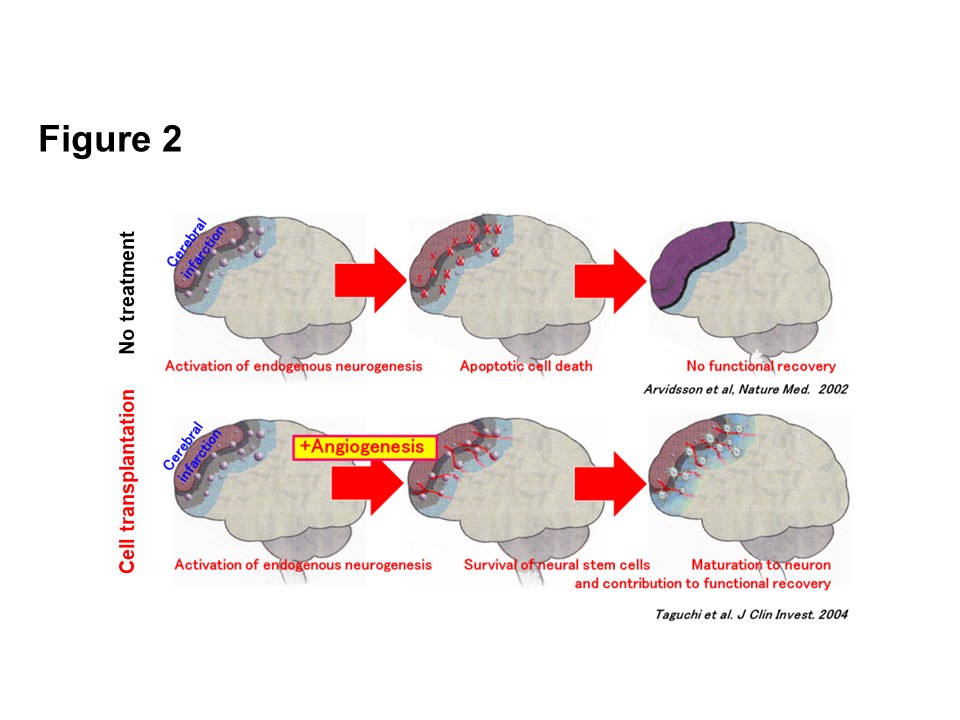 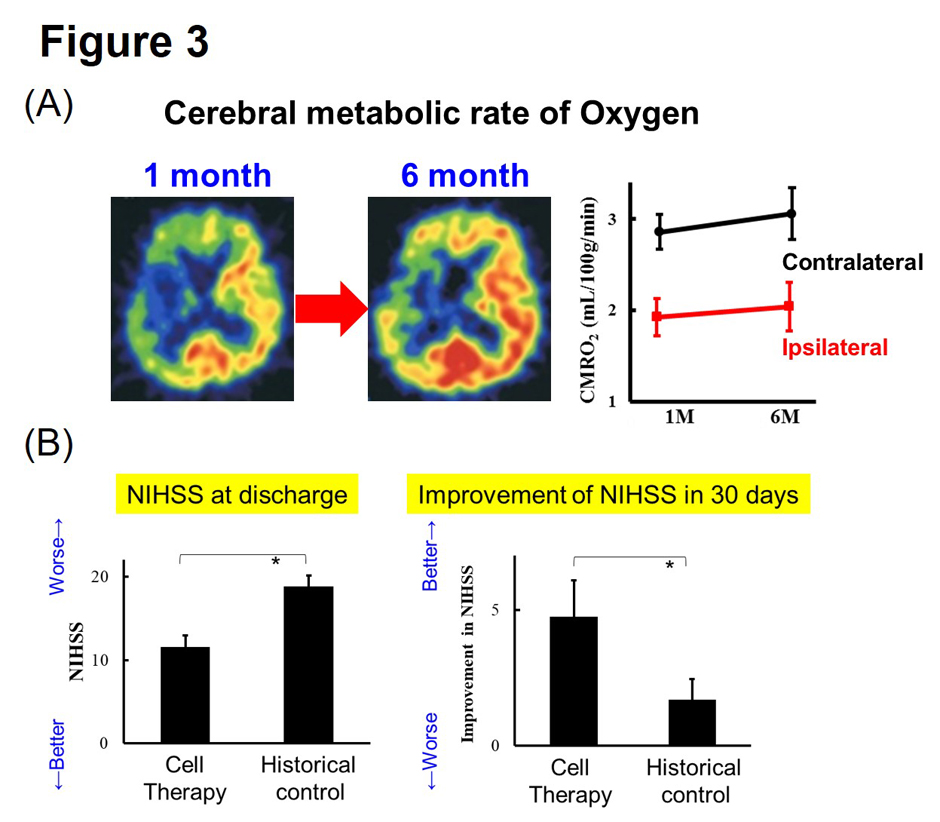 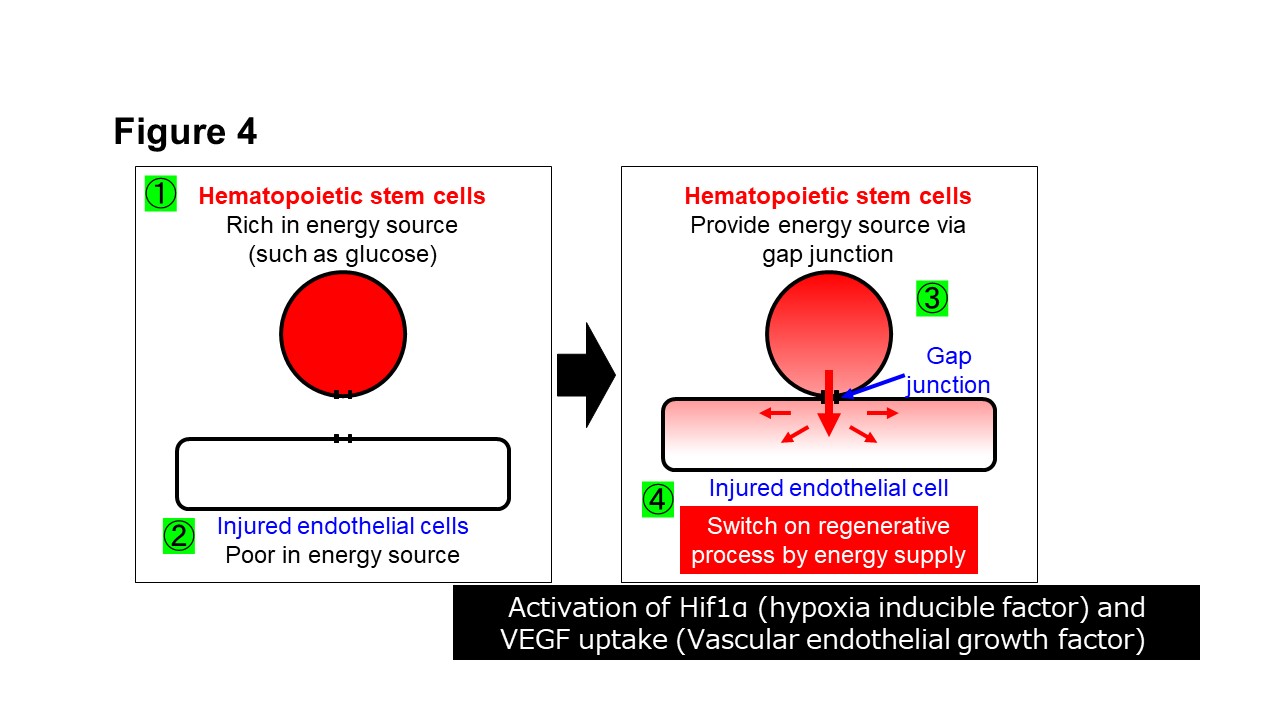 Hematopoietic stem cell provides energy source, such as glucose, to injured cell through gap junction that turns on activation switch (Quoted/modified from Stroke 2020). 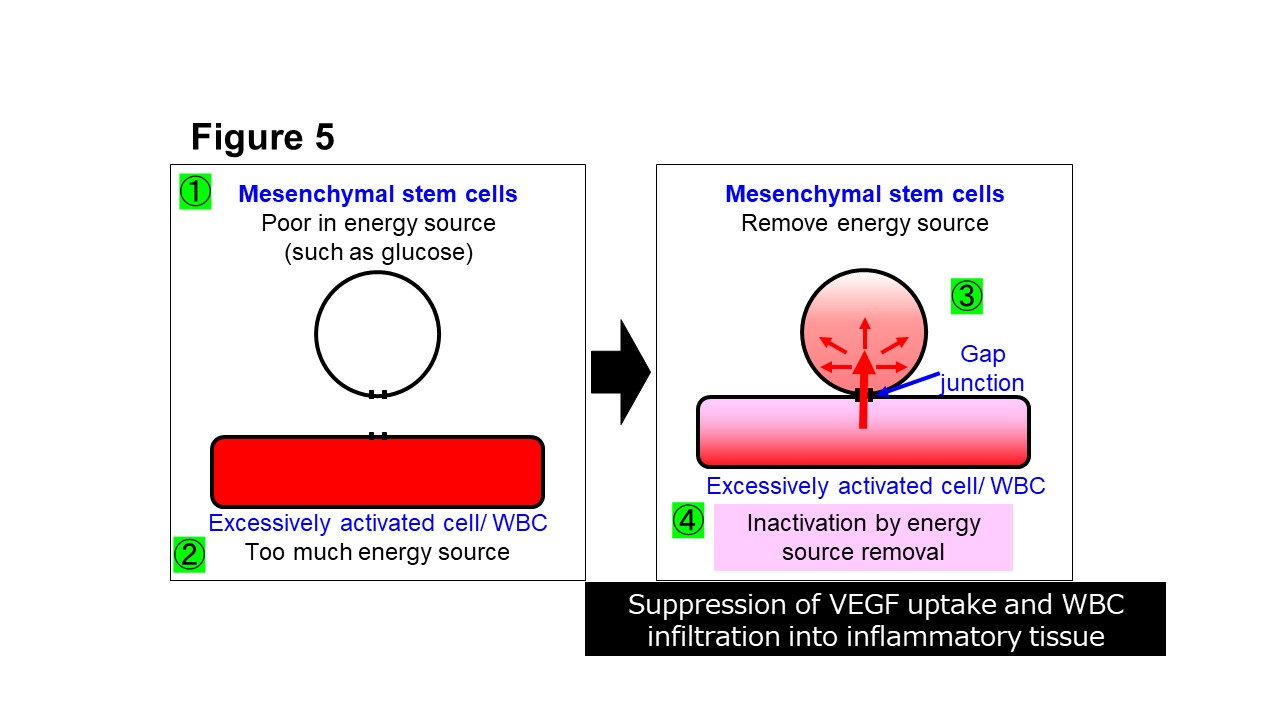 (2) Establishment of optimized stem cell therapy for dementia
Our Achievements 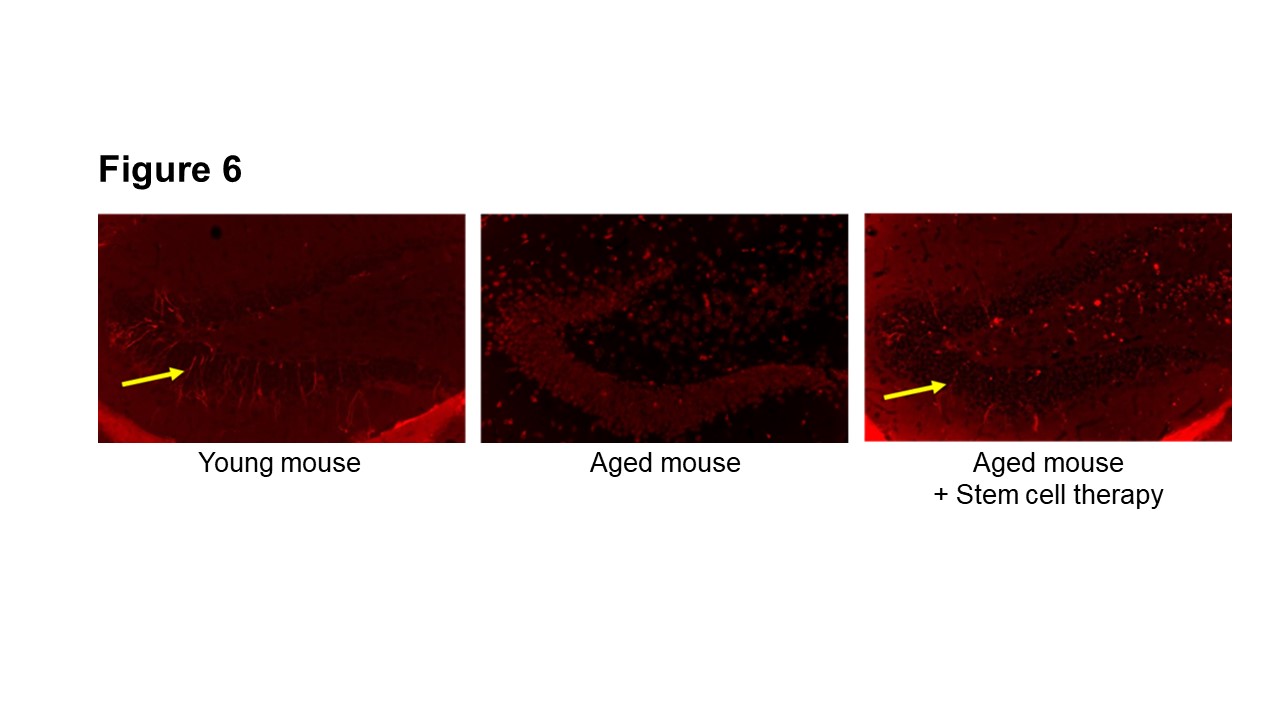 A significant number of new neurons are observed in young mice, but rarely in aged mice. The increase of new neurons was observed by hematopoietic stem cell transplantation (yellow arrow indicates one of the new neurons) (Quoted/modified from Front Aging Neurosci. 2022).

(a) Activation of neurogenesis at hippocampus for the recovery of short term memory The most problematic symptom in patients with Alzheimer’s disease is impairment of short term memory, and recent studies showed that the neuronal cells responsible for short term memory are new neurons at hippocampus. Furthermore, it is well known that the number of new neurons at hippocampus is drastically reduced in patients with Alzheimer’s disease. Based on these findings, we have focused on the activation of neurogenesis at hippocampus by stem cell therapy (Fig. 7).
(b) Elucidation of the nature of aging
Cell-cell interaction via gap junctions has significant role in multicellular organisms. Our findings indicated that cell-cell interaction via gap junctions is significantly impaired with aging and it is activated by stem cells transplantation. These findings indicate that cell-cell interactions via gap junctions would have a significant impact on aging in multicellular organisms. We are conducting research to elucidate the nature of aging from the viewpoint of gap junctions. 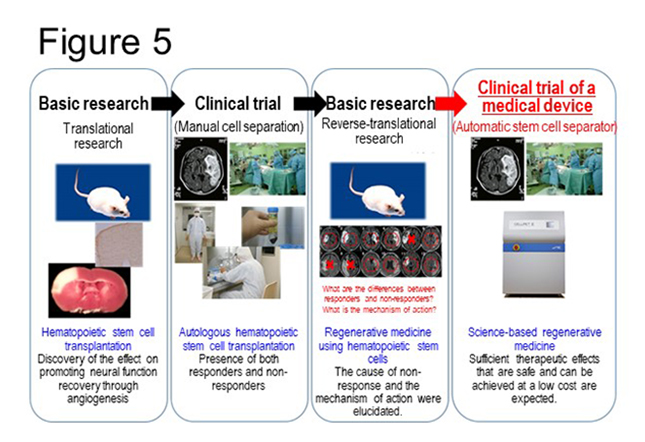 Our focus is activation of neurogenesis at hippocampus.